C oaching is all about future possibilities and not past failures. It always starts with the end goal in mind and is about supporting a client on a journey from where they are now to where they want to get to! The coaching journey is equally successful with individuals, teams and businesses.

My latest coaching programme is due to be launched mid 2019, to enable individuals, businesses and teams to reach their potential.

Where will you go?

Send me an email

ANY CHANGE IS POSSIBLE

I have a proven track record of working with individuals, teams and businesses to support development, growth and change. Here are some examples of areas that I have supported.

“Andy has really been a crucial help to me as I launched my own business over the course of this summer. He is steadfast and methodical in his manner and is very good at making you draw out and articulate ideas you didn’t even know you had lodged somewhere deep in your brain! He has a positive and fun quality about him and can thoroughly recommend him for helping you on the right track towards bettering yourself either personally and/or professionally!”

“My experience working with Andy for over 20 years has been valuable. He brings infectious enthusiasm to a project and manages to find a way to bring out the best in people of all personalities, no mean feat. In a coaching capacity, he tailors what he says to the audience, pitching it at the right level to keep everyone engaged. Rather than always providing the answer, he teases out new approaches and strengths from an athlete or fledgling coach so that it always feels like a collaboration.”

Your report uses the DISC Personality System. The DISC Personality System is the universal language of behavior. Research has shown that behavioral characteristics can be grouped together in four major groups. People with similar styles tend to exhibit specific behavioral characteristics common to that style. All people share these four styles in varying degrees of intensity.

Knowledge of the DISC System empowers you to understand yourself, family members, co-workers, and friends, in a profound way. Understanding behavioral styles helps you become a be􀀤er communicator, minimize or prevent conflicts, appreciate the differences in others and positively influence those around you.

In the course of daily life, you can observe behavioral styles in action because you interact with each style, to varying degrees, everyday. As you think about your family members, friends and co-workers, you will discover different personalities unfold before your eyes. 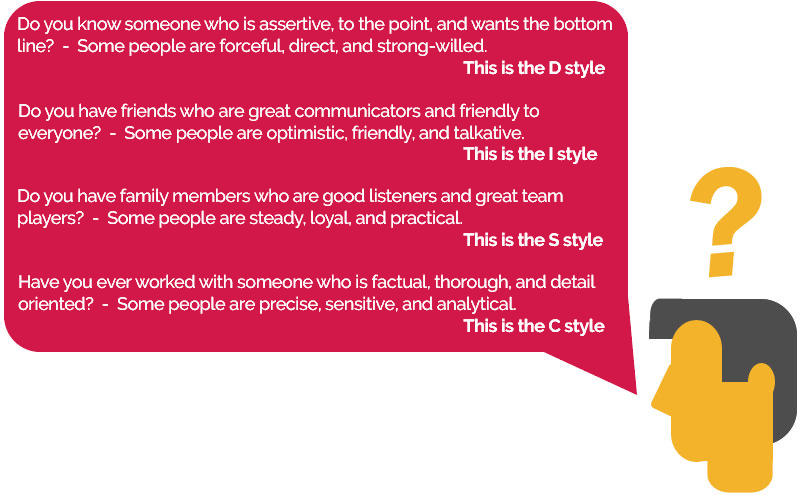 £100 for your first session, which includes a full personality profile based on the DISC Personality Profiler.

£60 for all subsequent sessions, or per hour.

All fees to be paid in advance of the coaching session. 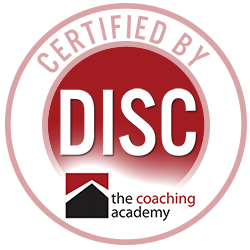